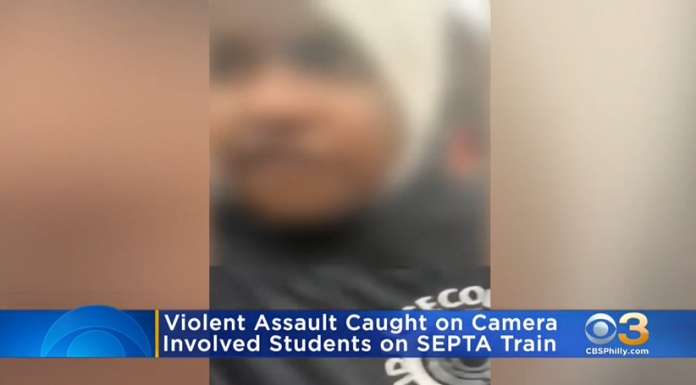 (CBS Philly) Philadelphia police are investigating a disturbing, violent assault that was caught on camera. CBS3’s Matt Petrillo spoke exclusively with the mother of one of the victims, who says the attack was racially motivated.

The mother is furious over the attack on her 14-year-old son.

That’s when a senior from Central High School, who’s also of Asian descent, tried to intervene, but she is thrown to the floor and kicked.

Meanwhile, the mother of the freshman student believes the attack was racially motivated. She didn’t want to give her first name.

Shocking video shows a group of female youths, one in a hijab, brutally beating two passive Asian people on a SEPTA train in Philadelphia on Wednesday near Erie Station. pic.twitter.com/DClUZXZBHv