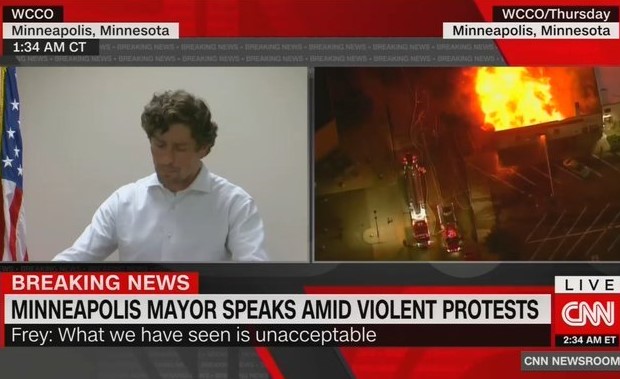 (Headline USA) The owner of a Minneapolis salon burned to the ground during the riots over George Floyd’s death in May said that the city slapped her with a $200,000 bill and tore down the building instead of helping the nearby businesses rebuild.

“I haven’t gotten anything, not a penny,” Flora Westbrooks, owner of Flora’s Hair Designs, told Fox News on Thursday.

When asked by the city decided to tear down the building, Casper Hill, the city media relations manager, said it was to “protect the public” since the building was at risk of collapsing.

But it’s clear, according to Westbrooks, that local officials don’t care about the plight of local businesses—because if they did, they would have done more to crack down on the riots back in May.

The police “never showed up” when rioters set her business on fire, Westbrook recalled, and she “didn’t see any police at all patrol my area.”

“I just feel like I’m alone and I’m sure other business owners feel the same as I do,” Westbrooks said.

To help Westbrooks, community members set up a GoFundMe page that describes her business as a “pillar on Broadway Avenue where men, women, and children came to get beautified and had history lessons from elders in the community.”