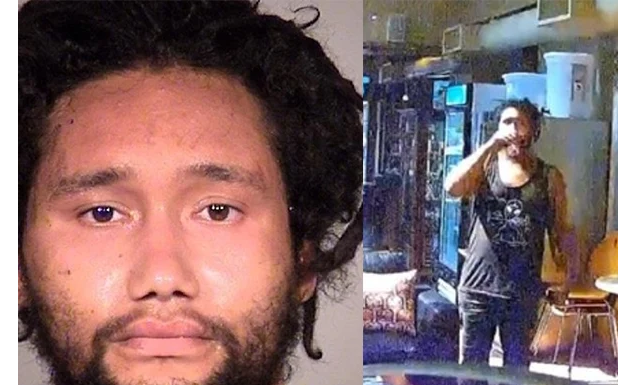 (Law Enforcement Today) According to reports, a 24-year-old man accused in a brutal assault on a coffee shop owner and three Portland police officers has once again been released from custody.

The suspect, Jordan Locke, was arrested again on Wednesday, August 18th after missing a court-ordered meeting on Monday the 16th. On August 12th, Locke was arrested after allegedly punching the owner of Lotus and Bean in the face.

Locke proceeded to punch three Portland police officers who were trying to arrest him for the assault on the coffee shop owner.

He was booked on 12 charges, including five felonies. However, in the Democrat-run city, he was released from jail.

Reportedly, Judge Henry Kantor signed off on Locke’s release from the first arrest and his release on August 19th came from a different judge, Judge Philip Nelson.

The Multnomah County Sheriff’s Office said that he was released to the county’s Department of Community Justice’s Pretrial Release Program. Jails in the area, including Multnomah County Jail, have been trying to keep their populations low because of COVID-19 and only admit those considered the most violent.

In June 2019, Locke was accused of robbery and assaulting a police officer. He was released and repeatedly failed to appear in court.

In October 2019, Locke was arrested twice more, once for assault and another for harassment.