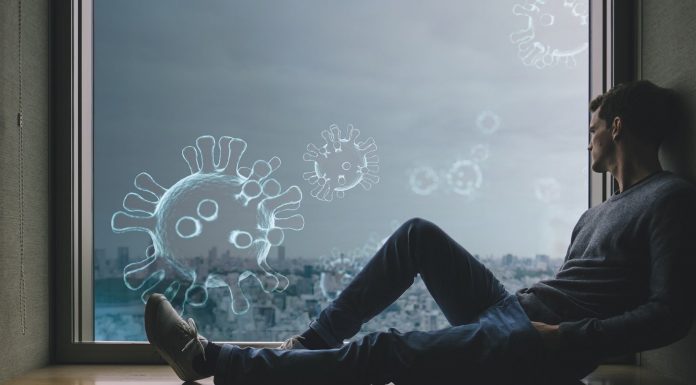 These words are particularly salient today, as the world order has been upended by governments’ responses to the coronavirus.

Those who continue to advocate extreme measures, such as lockdowns and forced human separation, are making the extraordinary claim that we must disrupt the functioning of the traditions and institutions that societies have developed over millennia, and are vital to human flourishing, in response to a single problem: a pathogen with an infection fatality rate currently hovering around 0.27 percent, with deaths highly concentrated among those with very low life expectancies.

Never before have governments throughout the world ordered schools to close, businesses to stop operating, travel to cease, and people to refrain from interacting with each other, for an indefinite time period spanning months and possibly even years.

As others have noted, this is an experiment of an unprecedented nature on an unprecedented scale, the consequences of which will undoubtedly ripple into subsequent decades and possibly beyond.

Given the extraordinary nature of the lockdown proponents’ proposition, one would expect the media, which plays the crucial role of intermediary between government officials and the public, to subject this idea to intense scrutiny. But to the contrary, the press, especially left-leaning publications, unequivocally and unquestioningly accepted this notion, not only absent extraordinary evidence, but absent any evidence at all either that these mechanisms would reduce coronavirus deaths or that the benefits of implementing them would outweigh their costs.

Having staked their reputations on a fiercely pro-lockdown ideology, it is perhaps no wonder that journalists, pundits and scientists worldwide have immediately and harshly decried proposals contained in the Great Barrington Declaration.

Underlying the Declaration, written by three of the world’s preeminent epidemiologists – Jayanta Bhattacharya, Sunetra Gupta, and Martin Kulldorff — and signed by 30,000 medical practitioners and 11,000 medical and public health scientists, is the acknowledgment that lockdowns inflict significant harm, especially upon children and younger adults.

As Kulldorff has stated, the Declaration recognizes that “you can’t just look at Covid, you have to look holistically at health and consider the collateral damage.” That stands in stark contrast to the public health responses to the virus so far. For this reason, the authors espouse a targeted approach (“Focused Protection”) that concentrates on protecting the vulnerable while allowing the rest of the population to lead relatively normal lives, sparing them the myriad deprivations that lockdowns entail.

To reiterate briefly, these costs include 130 million people facing starvation in developing countries due to supply chain disruptions around the world; denial of education for children, especially those from poor families who cannot afford tutors and laptops; 8 million more people forced into poverty in the United States alone; and rising depression, substance abuse and drug overdoses [read more…]