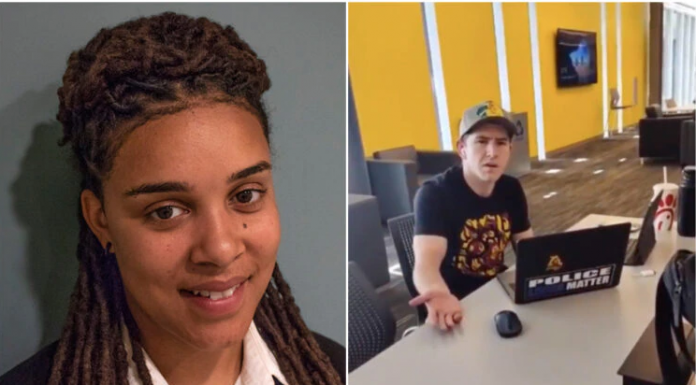 (Big League Politics) A campus leftist who filmed a viral video harassing two students at Arizona State University is a fellow of the Ford Foundation, one of the most wealthy and powerful non-governmental organizations in the world.

Sarra Tekola identifies herself as a Ford Fellow on her now-locked Twitter feed. She’s a PhD candidate, not a delusional freshman who has no experience in confronting other people with different ideas.

In the original video filmed by Tekola, the left-wing organizer harasses two students on racial grounds, citing a ‘police matter’ sticker on one of the student’s laptops. Libs of Tik Tok published the video, which went viral over the weekend as an example of leftist intolerance and hate.

? This insanity is happening on college campuses pic.twitter.com/BrVxICZYqP

Tekola was previously arrested on felony charges of aggravated assault against a police officer, stemming from her presence at a violent Black Lives Matter protest.

The Ford Foundation is considered one of the most powerful private foundations in the country, with a $16 billion endowment and influence throughout government and big business. The organization touts having donated nearly $700 million dollars since 2011 to so-called ‘racial justice’ efforts, donating $330 million to progressive activist groups over the past two years.