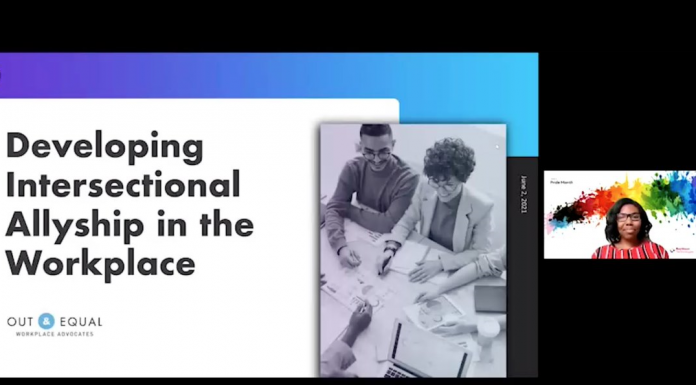 (New York Post) Raytheon calls on its white workers to reject racial “equality” in favor of “equity,” and “participate in reparations,” internal documents from the defense contractor show.

Workers at the nation’s second largest defense company are also encouraged to “decolonize your bookshelf,” “join a local ‘white space,’” and “defund the police,” as part of the company’s critical race theory program, according to documents shared on Twitter Tuesday by Manhattan Institute senior fellow Christopher Rufo.

The Massachusetts company’s “Stronger Together” program was introduced last summer in an effort to get its 180,000 employees to “help drive near- and long-term societal change,” Raytheon Technologies Chief Diversity Officer Marie Sylla-Dixon wrote in February.

The program is based around the framework of “intersectionality,” a theory that ranks discrimination and privilege around people’s social and racial identities.

The documents, which Rufo said he obtained through a corporate whistle blower, ask white, straight, Christian, able-bodied, English-speaking employees to deconstruct their identities, “identify [their] privilege,” and “step aside” in favor of other identity groups.

Last summer, Raytheon CEO Greg Hayes launched the Stronger Together campaign instructing employees on "becoming an anti-racist today." He signed a corporate diversity statement and then asked all Raytheon employees to sign the pledge and "check [their] own biases." pic.twitter.com/GacZYK4gIr

Raytheon then asks white employees to deconstruct their identities and "identify [their] privilege." The company argues that white, straight, Christian men are at the top of the oppression hierarchy—and must work on "recognizing [their] privilege" and "step aside" for minorities. pic.twitter.com/mM53oJtfs9