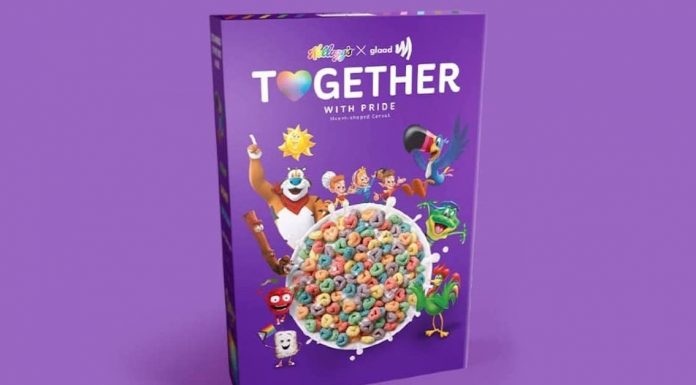 (Outspoken) Food brand Kellogg’s is partnering with the Gay & Lesbian Alliance Against Defamation (GLAAD) to launch an LGBT-themed cereal in time for Pride month. The cereal, which is multi-colored and includes edible glitter, will be released in May and cost around $4 a box, with Kellogg’s donating $3 from each box to GLAAD “to support their efforts to accelerate LGBT+ rights,” reports Pink News.

However, Kellogg’s cozy relationship with far-left, LGBT-themed nonprofits such as GLAAD comes at a time when the company is making huge investments nations with some of the worst human rights records for LGBTs.

Kellogg’s has experienced an economic boom in its business in Egypt, with a total investment of about 7.2 billion Egyptian pounds, or roughly $458 million, reports Arab Finance, while Egypt continues to rank near the top of the most oppressive nations for LGBTs…

A 2020 report from Human Rights Watch chronicled many instances of torture, beatings, and sexual violence perpetrated against LGBTs in the Arab nation. In Egypt, LGBTs were routinely targeted by state police for arbitrary arrests, harassment, privacy violations, and entrapment, according to the report.

Rasha Younes, LGBT rights researcher at Human Rights Watch, suggested the situation in Egypt is almost incomparable to anywhere else on earth. “Egyptian authorities seem to be competing for the worst record on rights violations against LGBT people in the region, while the international silence is appalling,” she stated.

That silence appears to include left-wing American LGBT nonprofits such as GLAAD and the Human Rights Campaign (HRC). Kellogg’s scored 100%, the highest possible ranking, on the Human Rights Campaign’s “Corporate Equality Index,” which HRC describes as “the national benchmarking tool on corporate policies, practices and benefits pertinent to lesbian, gay, bisexual, transgender and queer employees.”

Recently GLAAD, which reported a revenue of $19.4 million in 2018 tax filings, raised eyebrows by announcing the launch of its Accountability Project, a Stasi-style smear list of conservatives, libertarians, and Democrat party defectors the organization has deemed enemy combatants of leftism.

Earlier this month, GLAAD president and CEO Sarah Kate Ellis defended the Accountability Project during a speech at her organization’s glitzy, tuxedoed annual awards show, saying, “[W]hen a media outlet, anti-LGBTQ activist, or politician says or does something hateful to our community, we call it out. It’s not about shaming or cancelling anyone. It’s about using a moment to educate and create accountability,” she said.