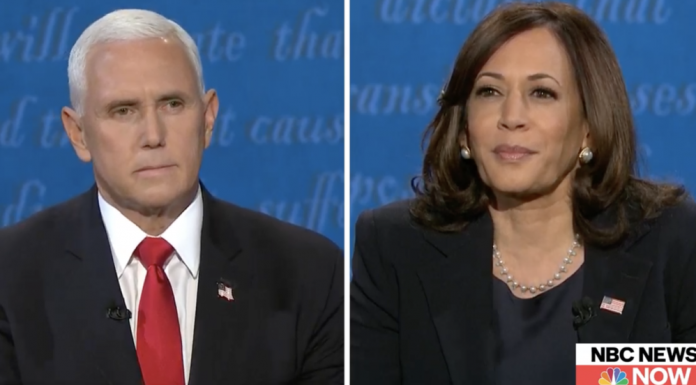 (The Federalist) Democratic VP Nominee Kamala Harris promised at the Vice Presidential debate Wednesday night that, if elected, she and Joe Biden will raise taxes on the American people.

When asked by moderator Susan Page, USA Today Washington Bureau chief and Nancy Pelosi biographer, about Biden’s plan for the economy, Harris proudly exclaimed that he would be raising taxes and that the Biden administration’s first step would be to remove the tax breaks created by President Donald Trump.

“On Day One, Joe Biden will repeal that tax bill. He will get rid of it,” Harris said.

“That is how Joe Biden thinks about the economy. It’s about investing in the people of our country, as opposed to passing a tax bill which has the benefit of letting American corporations go,” Harris said.

Despite her insistence that “Joe Biden will not raise taxes on anyone who makes less than $400,000,” Harris’s promise to repeal the tax bill enacted by the Trump administration contradicts the fact the Biden/Harris tax plan is predicted to raise taxes on the American people by at least $4 trillion dollars…

Repealing the Trump tax bill removes cuts for the 91 percent of Americans in the middle-income class who received them.

Harris also has a record of voting against tax cuts for American workers numerous times during her time as a senator.