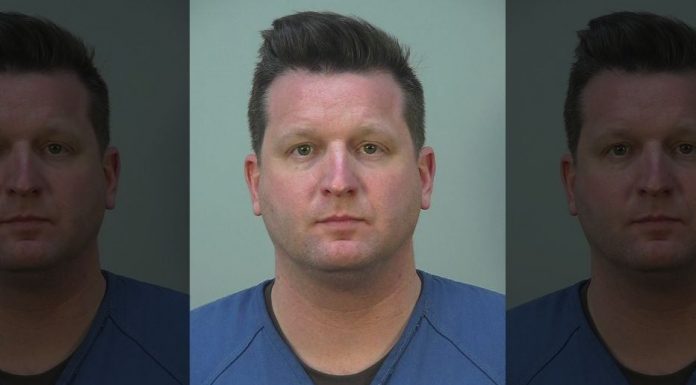 (Gateway Pundit) A Milwaukee County Children’s Court judge and former president and CEO of the Cream City Foundation, which runs the city’s drag queen story hour program, has been arrested on seven counts of child pornography.

Brett Blomme, 38, was arrested on Tuesday for allegedly uploading 27 images and videos of children being sexually abused on the messaging app Kik.

Blomme was held overnight and released with a signature. He has been ordered to stay off social media and file-sharing services and is not allowed near any children except the two that he adopted with his husband.

“The couple has two adopted children. Court records do not suggest they are part of any of the illegal images. Child Protective Services is involved with their current placement, defense attorney Christopher Van Wagner said during the court hearing,” the Milwaukee Journal Sentinel reports.

Blomme is accused of uploading the images both from his home and from the judge’s chambers.

The alleged pedophile judge was the president and CEO of the Cream City Foundation, which runs the Milwaukee Drag Queen Story Hour for local children.

As of early Thursday morning, however, all articles and mentions of him had been scrubbed from their website. The links were still cached by Google’s search engine and his role remained detailed on his LinkedIn page…

Milwaukee Mayor Tom Barrett, who advocated for Blomme’s election, said that the charges were “a complete surprise.”