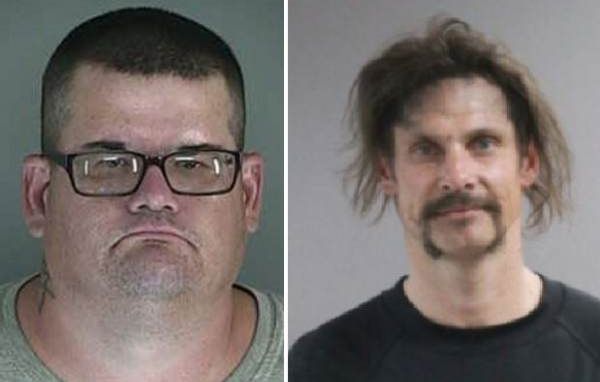 (Gateway Pundit) Jonathan Maas, 44, of Springfield (on left) and Michael Jarrod Bokkela, 41 (on right) were arrested for arson by Oregon officials.

Jonathan Maas was arrested for allegedly starting a fire in the woods near the frisbee golf course at Dexter State Recreation Area in Oregon.

Oregon and Washington State police continue to arrest alleged arsonists as fires continue to burn on the West Coast.

Transient Michael Jarrod Bakkela, who has a lengthy criminal record, was arrested for allegedly starting the Almeda Fire that roared through Phoenix and Talent, Oregon this week.

A man faces accusations he set a fire during the Almeda Fire that roared through Phoneix and Talent this week.

“This case is separate from the Almeda Fire investigation but the investigations have been a joint effort by the Major Assault Death Investigation Unit,” the Jackson County Sheriff’s Office said Friday.

The investigation started September 8 with a report to 911 that residents witnessed the man “lighting a fire behind their house on Quail Lane,” the sheriff’s office said. “Due to the impending fire, the witnesses had to flee their home and could not be interviewed immediately.”

And now there is video posted at Americanclub_jo of two sheriff’s deputies in Oregon talking about the rumors of arsonists in the area.

The deputies say they are encountering individuals looking for antifa terrorirsts starting fires. Law enforcement also were looking for people stashing flammables in the woods to start fires later.

This is just a rumor at this time.