Inflation, Deflation, or Both? 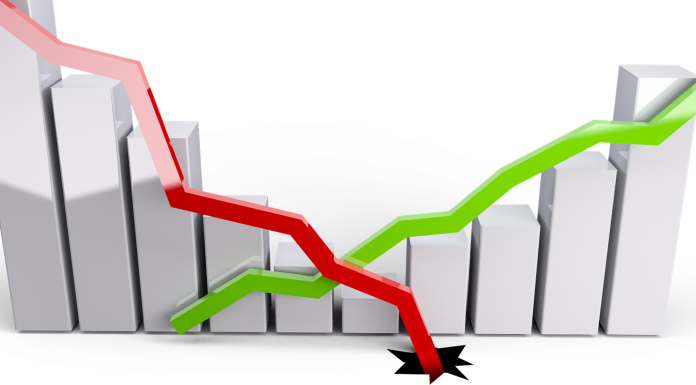 (Stefan Gleason, Money Metals News Service) The forces of deflation and inflation continue to tug at the economy simultaneously.

The pressures on both sides are huge.

On the deflation side, jobs, industrial demand, and the small business lifeblood of communities are contracting at an unprecedented pace. Meanwhile, trillions in credit card, auto, student loan, and mortgage debt that props up consumer spending and home values is at risk of imploding – and bringing markets down with it.

On the inflation side, the Federal Reserve is pumping more than $6 trillion into the financial system.

Meanwhile, all pretenses of needing to be fiscally responsible are being discarded in Washington as Congress pushes stimulus after stimulus with money it doesn’t technically have.

An annual budget deficit of as much as $4 trillion in 2020 will put the U.S. squarely on “third world” financial footing. That may finally cause the world to lose confidence in the U.S. dollar and send its value reeling (and prices for the things people need to buy with dollars rising).

Ultimately, this economic crisis could lead to a hyperinflation. But probably not right away.

In the near term, the forces of sharp economic contraction and unlimited monetary expansion will continue to produce wild swings in asset markets. At the same time as prices for some assets begin to surge, others may be in free-fall.

For example, an emerging shortage of beef and other foodstuffs that people need will translate into sharply higher prices at the grocery store.

But discretionary items such as used cars – and economically sensitive investments such as shopping mall REITs and cruise line stocks – could crash in value at the same time.

There is no precedent for the current economic environment, but perhaps the most fitting term for the one we will be entering is that of stagflation.

There will be no “V” shaped economic recovery as many businesses and jobs will simply never come back – hence, the economy will stagnate at best at the same time as central planners in Washington try to pump it up with inflationary liquidity injections.

Bank of America investment strategists are now preparing their clients for a stagflationary environment similar perhaps to the late 1970s.

In a recent report, BOA forecasted surging gold prices as occurred in the late 1970s.

“Inflation hedges must be sought by asset allocators via real assets over financial assets,” according to the analysts – a bold and somewhat surprising call coming from employees of a mega bank.

We’ve already seen plenty of evidence that inflationary forces are prevailing upon precious metals, particularly in the bullion market.

Limited and diminishing supplies of coins, rounds, and bars have forced premiums to soar to elevated levels and largely remain elevated.

The shutdown of production at numerous mines around the world raises serious questions about the ability of supply to ramp up in the months ahead. That, in turn, raises the prospect of chronic disruptions in the supply chain to both retail and industrial buyers of precious metals.

We don’t yet know how quickly or to what extent industrial demand will recover in the weeks ahead. But investment demand for gold and silver figures to remain strong against this scary economic backdrop.