How to Have a No Regrets Retirement 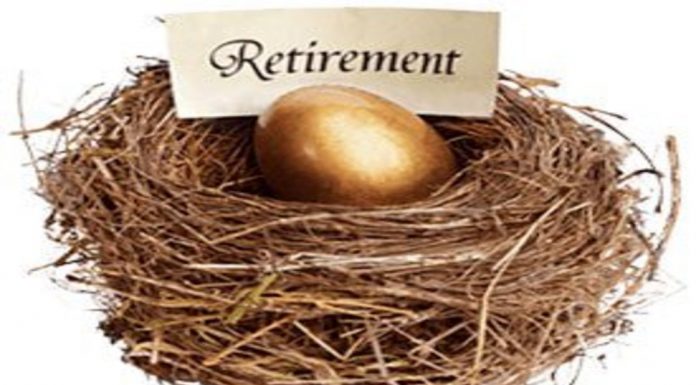 (Associated Press) Most retirees regret not saving more. A 2018 study by Transamerica Center for Retirement Studies found 73% wish they’d put aside more money on a consistent basis, and half felt they waited too long to get serious about retirement saving.

But retirement is about more than the balance in your 401(k). Even people with sizable nest eggs can wish they handled certain aspects of retirement differently.

Hoping to learn from others’ mistakes, I asked advisers with the Financial Planning Association and the Alliance of Comprehensive Planners to share their clients’ biggest regrets about retirement. Thirty-one responded, and their answers revealed some common themes. Among them:

‘I WISH WE HAD TRAVELED MORE WHILE WE COULD’

All too often, health issues derail people’s travel plans, says certified financial planner Serina Shyu of Atlanta. They don’t get around to taking that dream trip, or get to see as many places as they’d hoped. Even homebodies regret missed chances to see loved ones.

“Another version is where the health issue isn’t (the retiree’s). ‘I wish we had gone to see so-and-so,’” says CFP Daniel B. Moisand of Melbourne, Florida. “Sometimes we wait to reconnect with friends or family and that person dies or suffers a stroke or dementia.”

Financial planners can help people get clarity about how much money they can safely spend in retirement. CFP Linda Y. Leitz of Colorado Springs, Colorado, says she’s been able to reassure several clients so they could get started on their bucket lists.

“As they aged and either had health concerns or just didn’t enjoy being away from home as much, they all were really glad that they traveled,” Leitz says. “They don’t mind cutting back in later years because they had done the things that were important to them, early in retirement, while they could enjoy them.”

‘I WISH I’D HAD SOMETHING TO RETIRE TO’

People can be so tired of working, or sick of their particular job, that they retire at the first opportunity without thinking through how they will spend their time. Many struggle to replace the structure, meaning and purpose their work provided.

“They look back five or six years after they have retired to realize the time has flown by and they have not done anything,” says CFP Jonathan P. Bednar of Knoxville, Tennessee.

CFP Jennifer Weber of Lake Success, New York, counsels her clients to think about “how to spend their days with meaning.” That could mean a part-time job, consulting gigs, volunteering or spending more time with friends and family, she says.

‘I WISH I HAD MORE FRIENDS’

“People may feel ‘out of the loop’ in retirement,” Black says. “It takes time and effort to find a new tribe.”

‘I WISH WE HADN’T BOUGHT THAT HOUSE’

The cost and stress of changing homes is usually significant. Although moving may be the right choice, no one should buy a retirement home in haste, O’Brien says.

“Retirees should rent in areas they’re interested in retiring to before making a major purchase,” O’Brien says.

‘I WISH WE’D TALKED ABOUT OUR EXPECTATIONS FOR RETIREMENT’

It’s not uncommon for spouses to have dramatically different visions of retirement. O’Brien has advised couples where one spouse was thrilled to be the grandkids’ child care provider while the other longed to travel and be more spontaneous.

“They can’t just up and go because they are relied on to watch the grandchildren,” O’Brien says.

Different expectations can cause serious ruptures in relationships, and they may be among the reasons why divorce rates for people 55 and older have more than doubled since 1990 even as the overall divorce rate subsides, Black says.

Black urges spouses to discuss how they will spend their time, including how the division of household chores might change and even whether they’ll have lunch together every day. As with so many other aspects of marriage, the willingness to talk through disagreements and find compromises is essential, she says.

“Retirement is a major life transition, and you have to be patient with yourself and your spouse,” Black says.