How Is the Sausage Made? Illegal Immigrants, Health Risks and Terrorist Threats 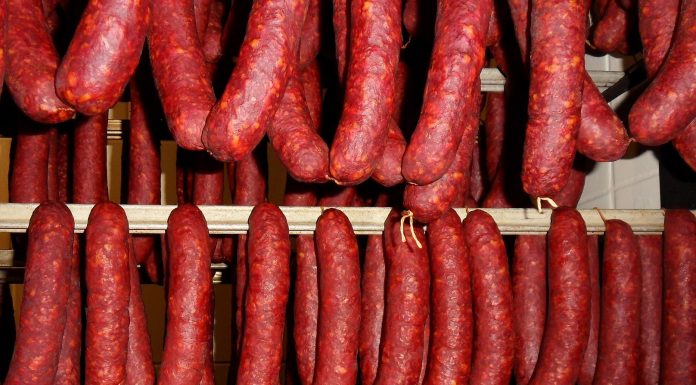 The employee, Lam Nguyen, was fired from his job after he complained that Quality Sausage employed illegal aliens in the plant where he worked. Now he is suing the company for retaliation under the Obama-era Food Safety Modernization Act, which forbids food-processing companies to terminate an employee for bringing food-safety issues forward.

Central to Nguyen’s case is the notion that employing illegal aliens in the food industry might make food less safe. Quality Sausage is resisting Nguyen’s discovery requests for evidence about the immigration status of its employees, taking the position that their status as illegal aliens would pose no possible risk to Americans’ food. That has forced Nguyen to seek a ruling from the court to the contrary.

In its brief, IRLI lists a number of possible threats the employment of illegal aliens might pose to the food supply. First among them is terrorism. It stands to reason that terrorists will try to enter the country illegally, and may seek out employment at a food-processing plant in order to sabotage our nation’s food supply. Also, some illegal aliens might have higher rates of certain communicable, food-borne diseases than either legal aliens, who are medically screened upon entry, or American citizens.

“It seems a no-brainer that hiring illegal aliens to work in a food-processing plant could pose a risk to the food supply,” said Dale L. Wilcox. “Those who enter our country illegally are not vetted at all, either medically or for ties to terrorism. So it’s important that employees feel free to blow the whistle on illegal hiring in the food industry without fear of retaliation. We hope the court recognizes that Congress has already protected these employees in the Food Safety Modernization Act, and rules for the plaintiff.”