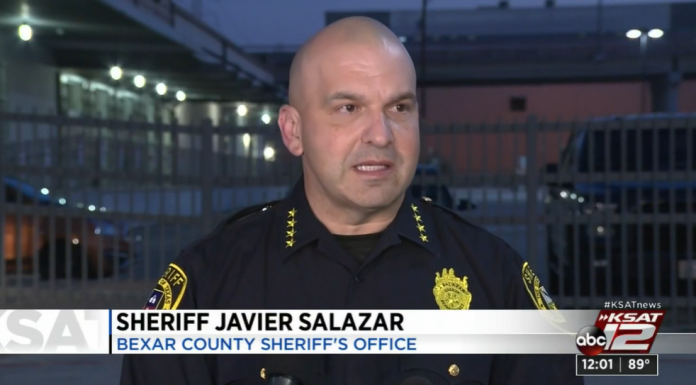 (KSAT San Antonio) A homeowner in far West Bexar County is getting at least some of the credit for helping to stop two men who are accused of shooting at sheriff’s deputies.

Anthony Cardenas fought with one of the two suspects who broke in and ran through his home in the Amber Creek subdivision, located near Highway 90 and Loop 1604, early Thursday morning.

Unbeknownst to him, those men were armed and on the run after allegedly breaking into cars in the area and firing shots at two Bexar County sheriff’s deputies.

“They came in, they got the keys and basically, I’m assuming they were looking for a getaway car,” Cardenas said. “I pulled the door the door open and we got into a fight inside the truck. We went from the driver’s side to the passenger’s side. We both fell out.”

After the struggle, Cardenas says the suspects got up and continued running, taking his keys with them.

Deputies soon were able to take them into custody.

Sheriff Javier Salazar says the suspects were slowed down with a bit of street justice.

“That homeowner put up quite a fight and, in fact, caused quite a bit of injury to one of the suspects who is a bit bloody,” Salazar said…

“These deputies didn’t have to fire a single shot to get these two armed, desperate, would-be cop killers into custody.”