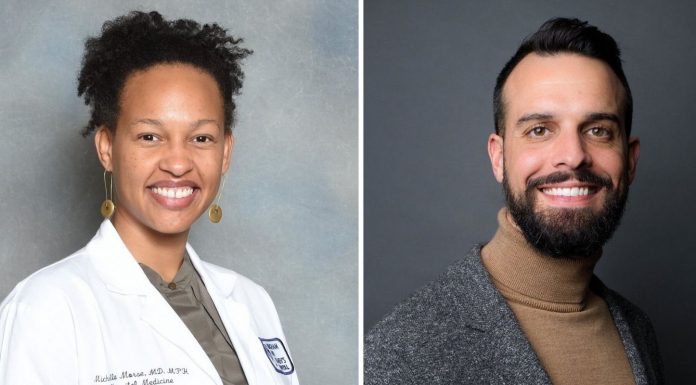 (The Post Millennial) Two doctors in Boston have called for the allocation of medical resources to be done on the basis of race. Writing in the the Boston Review, they call for the implementation of standards that would show racial preference to patients.

This would be in addition to federal reparations.

Dr. Bram Wispelwey, and Dr. Michelle Morse, both of whom teach at Harvard Medical School, wrote that their mission was to “comprehensively confront structural racism.”

To go about this, they plan to enlist the tools of critical race theory (CRT). They slam what they call “colorblind policies,” or the concept of equality for individuals of all races and ethnicities under the law, saying that it is not achieving their desired ends with enough speed.

Federal reparations, they write, are only the beginning of addressing structural racism, which they define in a medical context as: “Ability to pay,” “inequities in uninsurance and insurance type,” “employment status,” “institutional racism,” “persistent housing inequality and racial segregation,” “redlining, blockbusting, and contract buying,” and “wealth inequality.”

For their part, and to create “antiracist institutional change,” which they say “is essential to supplement federal reparations,” they have created a pilot program that will undertake “institutional action.”

"in order to comprehensively confront structural racism, we think there are at least two reasons that federal reparations must be supplemented by localized antiracist institutional efforts of the kind we propose below" https://t.co/OQzji73bj6 pic.twitter.com/2cAEgRJb38

That pilot program adopts a “…reparations framework of acknowledgment, redress, and closure…” or as they call it, “a Healing ARC—with initiatives for all three components. Each centers Black and Latinx patients and community members: those most impacted by unjust heart failure management and under whose direction appropriate restitution can begin to take shape.”

Next up is the reparations, or as they are here termed “redress,” which will be done on an institutional level.

“Redress,” they write, “should involve not just a direct solution to monitor and end health inequities but to offer restitution for past and present injustices. Redress could take multiple forms, from cash transfers and discounted or free care to taxes on nonprofit hospitals that exclude patients of color and race-explicit protocol changes (such as preferentially admitting patients historically denied access to certain forms of medical care).”

The final step is “closure,” during which “community and patient stakeholders and institutional representatives must agree that the institutional debt has been paid and that a new system is in place to ensure that the problem will not reemerge.”

Who will decide if there’s been enough payment to address all the systemic problems? The people who will be receiving the money and benefits.

Proposed "Anti-racist agenda for medicine" means "offering preferential care based on race or ethnicity" in full awareness that it violates civil rights law and will "elicit legal challenges", but in confidence that recent WH executive provides backing https://t.co/3lk4xsQJCF pic.twitter.com/Rf1MjVF1zt