Global Financial System on the Brink 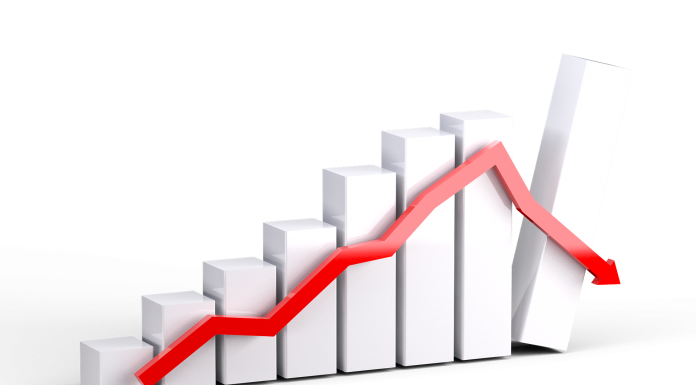 (Stefan Gleason, Money Metals News Service) The global financial system is on the brink of being thrown into chaos.

It is the financial equivalent of the nuclear option – something the Biden administration had explicitly declined to invoke last week before abruptly announcing the move on Saturday.

Moscow considers it to be an act of war. An increasingly bellicose Russian President Vladimir Putin could retaliate against the U.S. and its allies in a number of ways, including cutting off energy supplies, launching cyber-attacks on financial institutions, and further partnering with China to create alternative payments platforms that challenge U.S. dollar hegemony.

That’s about 9% of global output. There’s an energy shortage already. The result will be a global depression.”

Even if global energy markets stabilize over time as new sources of supply come on board, trust in the global financial system could be permanently impaired.

Mutually assured confidence in counterparties is the only thing underpinning transactions conducted in fiat currencies.

When the financial system is used as a large-scale weapon of war to freeze assets and deny transactions, it’s not just the immediate targets of the sanctions who will lose confidence in it. The system itself becomes less trustworthy.

Russian authorities had been preparing for a financial doomsday scenario long before they decided to launch an offensive in Ukraine.

They have steadily boosted their central bank gold reserves and developed alternative systems for transacting with trading partners – though it remains to be seen how effective their preparations so far will be.

The reality is that the American economy is highly dependent on cheap Chinese imported goods. The shelves of every Walmart would be nearly empty without them.

If China began to fear global sanctions, it could start demanding payment in a hard currency with zero counterparty risk such as gold. Given the sheer size of China’s economy (several times larger than that of Russia), any significant new move by the Chinese to de-dollarize would be difficult for the U.S. and its allies to counter.

Uncertainty about what happens next is itself enough to trigger strategic shifts in asset allocation by countries, businesses, and individuals alike.

To the extent that people are less confident about holding their wealth in banks or in rubles, yuan, euros, or dollars, they will seek out sounder alternatives.

There is no sounder, more durable store of value than precious metals. No war or global financial reset of any kind can diminish the universally recognized status of gold and silver as the ultimate money.