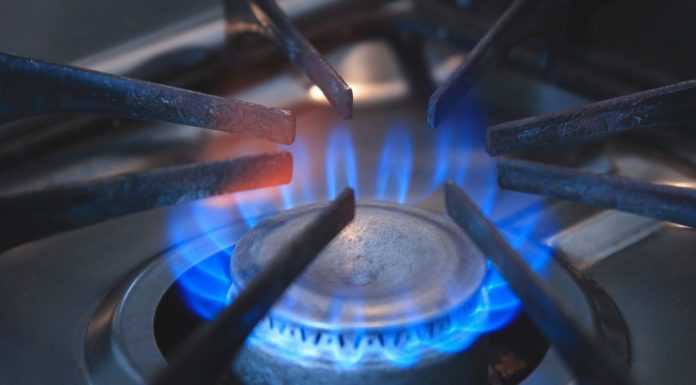 (The Center Square) Industry groups and others are pushing back after a study found gas stoves contribute more to global warming than previously thought at a time when some elected officials are considering policies to limit natural gas connections.

The study, published in Environmental Science & Technology, found methane that leaks from natural gas stoves in U.S. homes has a climate impact equivalent to the carbon dioxide emissions from about 500,000 gas-powered cars.

The study also tested emissions from stoves in homes. A Stanford news release that accompanied the study raised concerns about indoor air quality because of the levels of nitrogen oxides.

“Surprisingly, there are very few measurements of how much natural gas escapes into the air from inside homes and buildings through leaks and incomplete combustion from appliances,” said study lead author, Eric Lebel, who conducted the research as a graduate student in Stanford’s School of Earth, Energy and Environmental Sciences. “It’s probably the part of natural gas emissions we understand the least about, and it can have a big impact on both climate and indoor air quality.”

In a news release, another author said it would be best to switch exclusively to electric stoves.

The study comes as lawmakers and elected officials across the country are considering policies limiting or banning natural gas hookups to reduce emissions. New York City has banned natural gas hookups in new construction starting in 2023 for smaller buildings and 2027 for taller buildings. Other states and municipalities are considering similar rules.

But some industry groups and experts have raised concerns about the study.

The American Gas Association, which represents more than 200 local energy companies that deliver natural gas throughout the United States, said it is working to reduce emissions even further.

“While residential natural gas accounts for only 4% of total U.S. greenhouse gas emissions and natural gas distribution system emissions have declined 69% since 1990, we are committed to going even further by investing nearly $30 billion each year to modernize our system and $4.3 million every day to help our customers and communities shrink their carbon footprint through energy efficiency improvements,” American Gas Association President and CEO Karen Harbert said in a statement.

The study researchers quantified methane released in 53 homes. They sealed the kitchens then measured emissions with the stoves on and when they were off.

Daniel Tormey, president and technical director at Catalyst Environmental Solutions Corp. in California, said the methods used in the study make it impossible to draw conclusions about indoor health issues.

“If the paper were to draw health concerns from the study results, that would be incorrect. The experimental method is to make a Mylar tent around the stove area to trap and concentrate the emissions, and then measure the concentration,” he said in response to questions from The Center Square.

“While this is a novel and interesting method of trying to estimate greenhouse gas emissions, it makes the study results useless for evaluating health based exposures. No one that I know of has a mylar tent over their stove to make sure no vapors escape. Again, the paper doesn’t make health claims for the results, but the press releases do, which is incorrect based on the methods used for the study.”

He said the study contributes to the study of green-house gas emissions.

“This paper is a novel experimental method to measure GHG emissions from gas stoves and ovens. It is a useful contribution to understanding this topic,” Tormey said.

“The results need to be taken in conjunction with other factors, such as emissions from the food that is cooked: In many cases the major air emissions are more related to what is cooked rather than how you cook it. So by itself the paper neither makes policy recommendations, nor should it.”

Tormey warned against making policy decisions based on the news releases that came with the publication of the study.

“The paper really doesn’t make any conclusions with respect to health effects,” he said.

“However, press releases do, incorrectly, make that connection. That is certainly a flaw in moving from what the science says (data points from a novel test method to help understand GHG emissions [from] one indoor source) to a press release claiming something much more (natural gas stoves are unhealthy).”