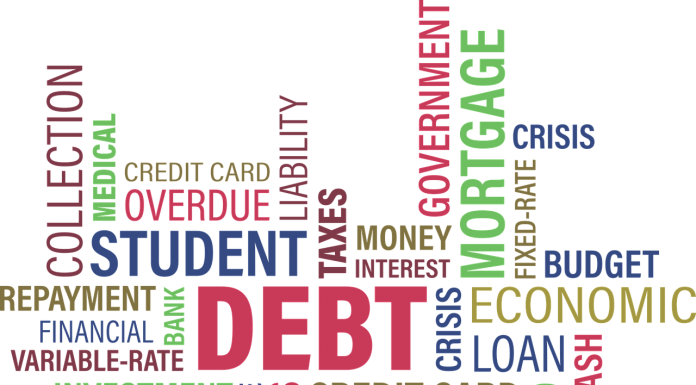 (Clint Siegner, Money Metals News Service) Narayana Kocherlakota, the former President of the Federal Reserve bank of Minneapolis wants you to know the Federal Government can never borrow too much money.

Our government already borrowed $23 trillion and deficits are expected to exceed $1 trillion per year. He knows many Americans feel anxious about the federal government going bankrupt, and he has a simple solution.

He just wrote the following in an editorial published by Bloomberg:

There you have it. Government can tax Americans for whatever is needed.

The solution is so simple any dim-wit could have come up with it. As a matter of fact, one did…

Federal Reserve bankers have always received unnatural reverence for their wisdom and piety. It’s refreshing when one of them puts their patently stupid, indeed evil, ideas on public display.

The people running our central bank come from the same stock as the liars, schemers, and sociopaths who run the Federal Government and Wall Street. The sooner Americans figure that out, the better.

Toward that end, we have some follow up questions for Kocherlakota:

Have you considered the track record of nations that borrowed and spent without restraint? We can find lots of examples of nations that collapsed when leaders like you arrogantly assumed they could get away with borrowing, spending – and taxing – in confidence destroying amounts.

What do you expect will happen to the Treasury market when your tax is imposed on creditors? Do you expect them to continue lining up after they discover they must both lend money and then bear the cost of its repayment too?

What if creditors – the people who buy Treasuries – tend to be better politically connected than people who don’t buy treasuries? Will politicians really impose a massive tax on these people? Or is it possible they will stick it to the poor and middle class instead when they get cornered and have to raise taxes?

Of course, Kocherlakota is well aware his cabal of central bankers and politicians is already taxing Americans heavily and lying about it. The tax is called inflation, and it is severely underreported.

The Federal Reserve is printing money to buy federal debt. Officials there pushed interest rates to epic lows and kept them near there for most of a decade. As a consequence, the Federal Reserve Notes Americans saved are worth a lot less.

The purchasing power was transferred to Washington and Wall Street, the recipients of all the monetary stimulus. The effect is exactly like income tax and the myriad other federal taxes people pay.