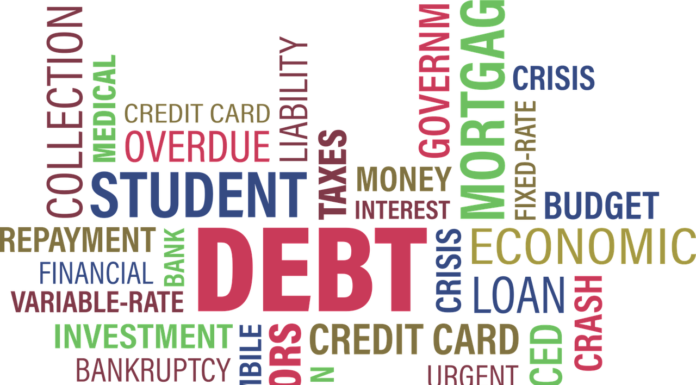 Editor’s note: The following is an excerpt of the November 8th, 2019 Money Metals Market Wrap Podcast interview featuring David Jensen of Jensen Strategic. David Jensen is a highly studied mining analyst and precious metals expert with close to two decades of experience in the mining industry. You can follow David on Twitter (@RealDavidJensen).

Mike Gleason: First off, you’ve been watching the Fed balance sheet closely here and I wanted to get your comments about that to begin with. Now, after the extraordinary expansion, which followed the 2008 financial crisis and a few rounds of QE, the Fed began contracting the money supply in 2017. You’ve been making the case that the withdrawal of liquidity could trigger another catastrophe.

So, let’s start with the basics here. If you would, please explain the history of the Fed’s balance sheet, and why it is something investors should be carefully watching.

David Jensen: Yeah, I think that the root of it all, the reason we’re watching so closely is the tremendous imbalance between the amount of cash, liquid cash that’s in the system versus the amount of debt. And the Fed has run interest rates from around 20% in 1980 down to 0% or 0.25% here a couple of years ago. And what they’ve done is expanded the greatest debt bubble in history.

The total debt in the U.S., now on all levels according to the Fed’s flow of funds report is about $72 trillion. And to serve as that $72 trillion of debt that’s in extent, there’s only $14 trillion of liquid currency in deposits and in physical cash. So, what we’re seeing now is that the Fed needs to continually to expand the money stock with the money supply. The money supply is the annual change or the addition to the outstanding money stocked addition to the $14 trillion that’s out every year. And they need to add a substantial amount so that the debt can be serviced and so that the economy can continue to move forward.

And what they’ve done in the last three years, since Q1 2017, they’ve contracted the money supply, which is, again, the year over year change, they’ve decreased that increase down to about 3% from roughly about 11% in Q4 2016. So really a precipitous drop.

And so what we’re seeing now is that the rise of the interest rates and the, and the cutoff of the money supply, they’ve basically withdrawn about a one and a half trillion dollars of additional liquidity, which would be here if it continued to run it at the same run rate as in Q4 2016. So, they’ve withdrawn or tightened a substantial amount. And as interest rates go up, it also, over time, generates a need for about another $2 trillion per annum in interest payments. So what they’ve done is they’ve really created a liquidity crisis here in the market. There’s not enough money to pay the debt that’s outstanding. And, of course, the most levered or the most unstable borrowers show the distress first when these things happen. And that’s what we saw in the repo market here in September, was that that market started to seize up because the capital wasn’t there to meet the needs.

Mike Gleason: Kind of leads me right into my next question. The Fed has really been pumping lots and lots of money into that repo market and they’ve extended it multiple times. You see this intervention in the repo markets as the “first domino to fall,” and what might be the next financial crisis. The Fed, is as usual, not bothering to explain itself, but we know that, we’re pretty sure, that it isn’t good. Give us some more of your insights on that repo market intervention and why it could be the signal of larger troubles ahead.

David Jensen: Yeah, it’s a signal of illiquidity in the financial market. So any borrower of size, a hedge fund or a money manager, a bank can step into that market and borrow in that market in return for providing collateral, whether it’s a treasury or some other type of security. And that market basically dried up because the liquidity was not there, it wasn’t available. But the issue that I really see is at the core of this, is that leverage loan market, which is the most highly indebted borrowers. And that market collapsed in Q1 2008 and kicked off the great financial crisis. And that market, now, there’s a tremendous decay in the credit worthiness of the borrowers in that market. So we’re seeing the signs here that there’s a collapse in the credit worthiness of the most highly leveraged in society.

And just to give you a sense of the repo market, Mike, it’s about a $5 trillion market and about three and a half to $4 trillion of that rolls on a nightly basis. So they’re just 24 hour loans. So any kind of a seizure in that market can cause great problems in the financial markets as a whole. But the greater question is, is why is this market seizing up to begin with? What is the problem here? And the problem that I maintain is this continual drying out of the economy and taking away liquidity from the economy that’s gone on ever since the beginning of 2017.

Mike Gleason: So, the Fed’s created a problem by contracting the money supply. Is there any chance that this sudden about-face, the repo market interventions and the new bond purchase program, that we’re not supposed to call QE four, by the way, will that be enough to prevent disaster, David?

David Jensen: Well, you’re talking about a net shortfall that’s occurred now in the order of trillions of dollars. And it takes years for monetary policy changes to impact the economy as a whole. So, you’ve got many trillions and it has to basically infiltrate the economy, the money expansion as it occurs has to disperse throughout the economy and be utilized. And we’re at the point now where so many of the unstable bubble activities have been tripped out. I believe that they’re not going to be able to address this with monetary policy, it just takes too long and the drying out of the economy of monetary liquidity has gone on for too long to date. The damage is already done.