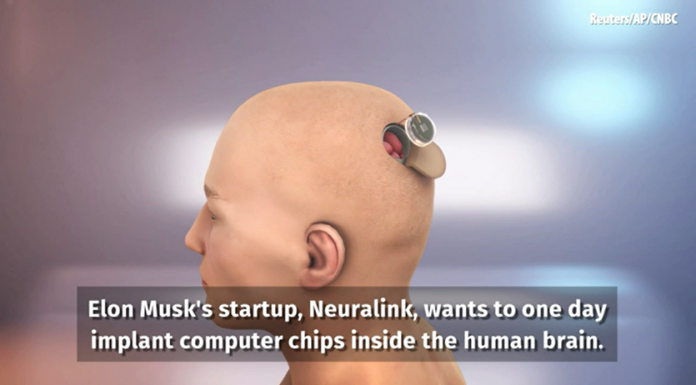 It may sound nefarious on the surface, but Musk’s plan is to develop the chip called Neuralink to help people with neurological conditions like Alzheimer’s, dementia and spinal cord injuries, Reuters reported.

Dubai-based venture capital firm Vy Capital and Alphabet Inc.’s Google Ventures contributed to the funding needed to get the startup off the ground.

Neuralink has been seen to work in primates. In April, the company released a video of a macaque playing a videogame after having the chips implanted in its brain, Reuters reported. It was also tested on pigs, CNBC reported.

Musk then tweeted, saying “First @Neuralink product will enable someone with paralysis to use a smartphone with their mind faster than someone using thumbs.”

He then wrote that eventually the chips will be linked to “body motor/sensory neuron clusters, thus enabling, for example, paraplegics to walk again.”

Our electrodes are *way* too tiny for a surgeon to manipulate and we must delicately navigate around blood vessels on a moving brain, so a precision robot is essential to our operation! We’re looking for stellar EE’s and ME’s to work on our next-gen robotshttps://t.co/VpTlcejA8f