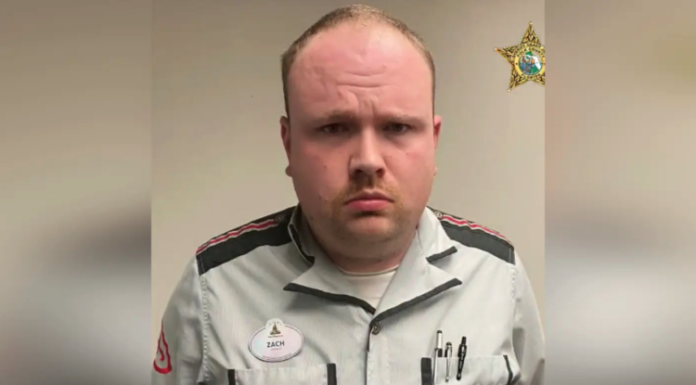 The suspects are facing a total of 49 felony charges following a two-week-long undercover investigation dubbed “Operation Child Protector II.” The defendants range in age from 20 to 67, the Polk County Sheriff’s Office announced Friday.

Zachary Hudson, 30, is among those arrested. He is employed as a bus driver at Disney World, law enforcement authorities said, according the New York Post.

During the investigation, the sheriff’s office said Hudson exchanged online messages with an undercover detective posing as a 15-year-old girl.

The online undercover detective asked Hudson if he had an issue with her only being 15. He responded, as long as “my being older doesn’t bother you,” authorities noted.

Moreover, he later told her “age is just a number,” the sheriff’s office said.

The communication evolved to text messaging, where law enforcement officials said Hudson described the sex acts he desired from her. He also sent a nude picture to the undercover personnel.