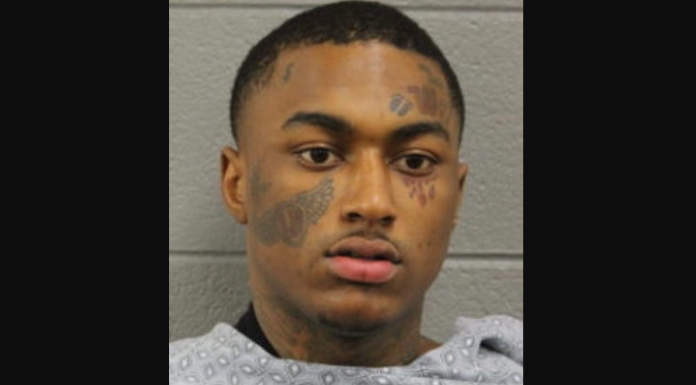 (Associated Press) A murder charge and 18 other counts have been filed against a teenager suspected in the fatal shooting of a 7-year-old Chicago girl at a McDonald’s drive-thru, police said Saturday.

The charges against Marion Lewis, 18, also include three counts of attempted murder and aggravated assault of a police officer, police Supt. David Brown said during a news conference.

Other suspects who also are believed to have been involved in the killing of Jaslyn Adams remain at large, Brown said. He would not say what investigators believed Lewis’ role was in the shooting.

Lewis was captured Thursday while trying to steal a family’s car on the Eisenhower Expressway after crashing his own trying to elude police, Brown said. He is expected to survive being shot several times by a police officer who was trying to arrest him, police have said.

Lewis is charged in the killing of Jaslyn Adams, who was shot April 18 while sitting in her father’s car at a McDonald’s drive-thru on the city’s West Side, Brown said. Her father, Jontae Adams, was seriously wounded in the attack.

Investigators had the man under surveillance on Thursday and saw him get into a car and drive off, Brown said.

As he tried to elude them, the man drove onto the expressway west of the city’s business district. After he crashed his vehicle, the man tried to carjack a family traveling in the same direction.

Police confronted him and an officer shot him several times, Brown said.