Can Safeway Slam the Door Shut on Shoplifters? 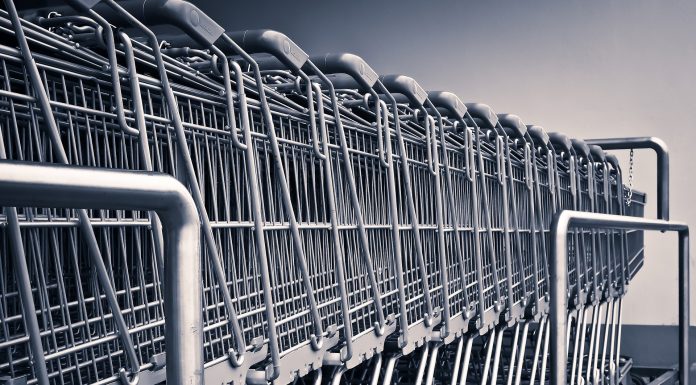 (RetailWire) As a number of major U.S. cities continue to grapple with the problem of violent, orchestrated retail theft, Safeway in San Francisco is rolling out restrictive solutions it hopes will stop the shoplifting mobs.

Customers entering one Safeway location near San Francisco’s Castro district are now greeted with metal gates that swing shut and lock behind them, preventing anyone from making a break for it with a shopping cart full of items, according to the San Francisco Chronicle.

The self-checkout area is now surrounded by barriers to direct customers through a single exit, un-staffed checkouts are blocked off with metal barriers and the side entrance to the store is entirely blocked off.

Safeway’s enhanced security measures come in the wake of an explosion in brazen, flash-mob style shoplifting.

The week of Thanksgiving, locations of Nordstrom, Lululemon, Louis Vuitton, Bloomingdale’s, Burberry and Neiman Marcus in major markets were all targeted and ransacked by organized mobs of shoplifters.

Even before the high-profile spate of holiday incidents, some retailers had begun making changes to their operations in some markets in response to this type of crime. Walgreens, for instance, closed five San Francisco locations due to an unsustainable rate of theft.

Best Buy recently said that a high rate of organized shoplifting was putting pressure on its bottom line, according to Axios. The chain is experiencing a nationwide problem but pointed to Northern California as a theft hotspot.