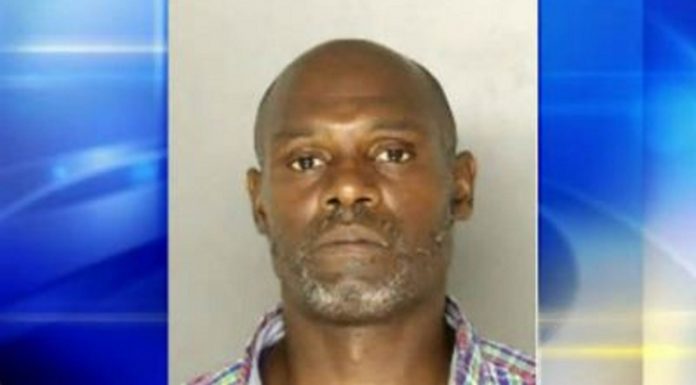 (Gateway Pundit) A black man stabbed a white 12-year-old boy at McDonald’s in Pittsburgh in what appears to be a clear anti-white hate crime.

The child is in stable condition after being stabbed by Charles Edward Turner, 51, on Sunday.

The child was with his family when the man tackled the boy and stabbed him in the neck with a box cutter.

“According to police, the boy was stabbed in the neck inside the McDonald’s at Liberty Avenue and Stanwix Street near Market Square around 2 p.m. Officers Ross Small, Harry Siwik and Steve Harris sustained injuries during the arrest. David Lewandowski and Henry Seifried, employees at McDonalds’s, also were injured,” the Pittsburgh Post Gazette reports.

“According to the criminal complaint, Mr. Turner fought with officers as they tried to arrest him. The complaint alleges that Mr. Turner used racial slurs against officers, patrons and employees during his arrest and bit one of the witnesses.”

According to local television reports, Turner was muttering “white devils” and other anti-white slurs at the crime scene, though the Post Gazette opted not to include the details about the “racial slurs” he was using…

Turner is charged with criminal attempted homicide, four counts of aggravated assault, two counts of simple assault, and resisting arrest. He is currently being held in the Allegheny County Jail.

He has not been charged with a hate crime.