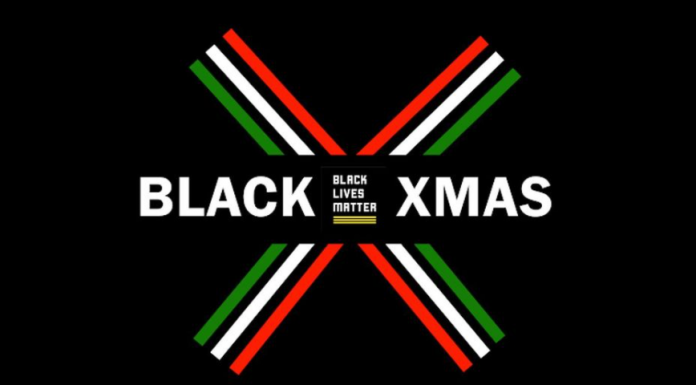 (MEAWW) Black Lives Matter has continued with its tradition of boycotting “white companies” for the seventh year in a row during the month-long festive season. It has also urged support for “Black Xmas”.

On Black Friday, the #BlackLivesMatter Global Network Foundation took to Instagram, where it stated, “Let’s use every tool in our toolbox…including our dollars…to end white-supremacist-capitalism.”

The Instagram post also provides a link to its website for resources, where it’s mentioned, “#BUILDBLACK #BUYBLACK #BANKBLACK We’re dreaming of a #Blackxmas. That means no spending with white companies from 11/26/2021 – 01/01/2022,” before adding, “SHOP PLACES LIKE LA’S LEIMERT PARK AND SPEND ONLY WITH BLACK-OWNED BUSINESSES.”

Several took to Twitter to criticize the idea of “Black Xmas”. A person tweeted, “Your group is totally amazing. Wanting to boycott white business companies during the Christmas holidays. You’re not racist, are you? Sickening and filthy. You were stoking racism over and over and over.”

Your group is totally amazing. Wanting to boycott white business companies during the Christmas holidays. You’re not racist, are you? Sickening and filthy. You were stoking racism over and over and over.

Another tweet noted: “This organization is a fraud. Ignoring fact and itself is racist. Capitalism is good for everyone. Black unemployment is still at historical lows. But keep making up lies to suit you bogus narrative. Shows how desperate you are for attention.”

“BLM is the most racist organization since the KKK.  Overwhelming irony,” the third user slammed.