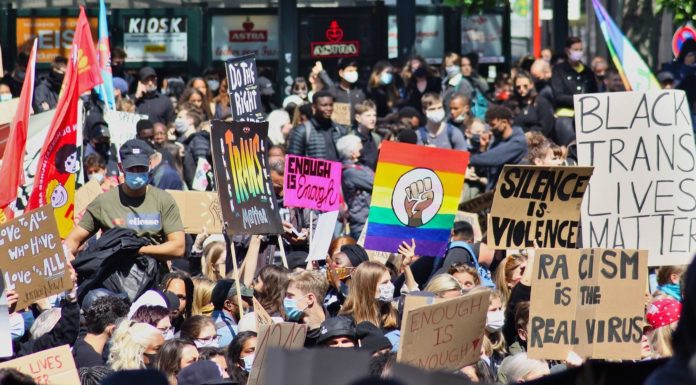 (Headline USA) The California Justice Department informed the leaders of Black Lives Matter this week that they will no longer be able to fundraise in the state and that they will be held personally liable if they fail to provide information about the $60 million in funding that has seemingly disappeared from the organization.

“The organization BLACK LIVES MATTER GLOBAL NETWORK FOUNDATION, INC. is delinquent with The Registry of Charitable Trusts for failing to submit required annual report(s),” a letter from the state, dated Jan. 31, stated, according to the Washington Examiner.

Until BLM submits its 2020 Form 990 and other financial records to the state, it is prohibited from “soliciting or disbursing charitable funds” in California, the DOJ added, and it will face fines for “each month or partial month for which the report(s) are delinquent.”

“Charitable assets cannot be used to pay these avoidable costs,” the California DOJ warned. “Accordingly, directors, trustees, officers and return preparers responsible for failure to timely file the above-described report(s) are personally liable for payment of all penalties, interest and other costs incurred to restore exempt status.”

The move comes just days after a report revealed that no one knows who is in charge of BLM or the tens of millions of dollars it has raised over the past several years.

BLM’s leadership has been in disarray since one of its founders, Patrisse Cullors, stepped down last year over accusations that she improperly used BLM funds to buy lavish mansions for herself. When she announced her resignation, she said two other BLM leaders would be taking over her role within the organization.

But at least one of those leaders, Makani Themba, said she never even took the job.

The report also discovered that the Los Angeles address listed on BLM’s tax forms is wrong.

Last month, the state of Washington also issued an order for BLM to cease fundraising in the state because of the charity’s lack of financial transparency.