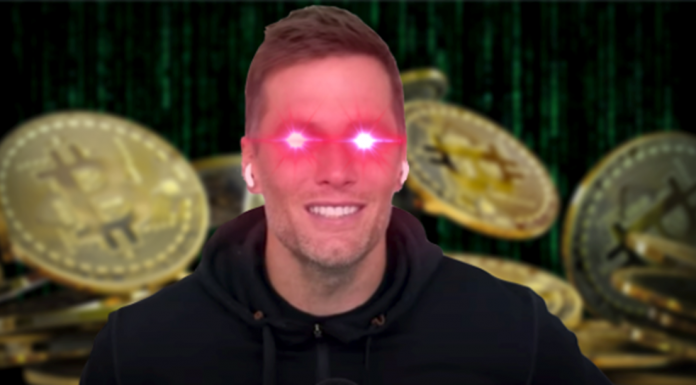 (Brad Polumbo, Foundation for Economic Education) We can now add NFL star Tom Brady to the long list of celebrities and athletes hopping on the cryptocurrency train.

“Tampa Bay Buccaneers superstar Tom Brady revealed Thursday that he is a ‘big believer’ in the long-term prospects of cryptocurrencies,” Fox Business reports.

“The seven-time Super Bowl champion told a panel that he has ‘definitely’ made investments in crypto over the last year amid a surge in value for Bitcoin and other tokens. Brady admitted that he is ‘not an expert’ on the marketplace but has tried to learn more about it.”

The football star made it clear that cryptocurrency is becoming an increasingly popular topic within the NFL.

“It’s funny, in our quarterback room, one of my coaches has been on it for eight, nine months, so we talk about it basically every day,” Brady said. “The prices of the different tokens, how the space is doing. It’s definitely something that’s on all of our minds.”

“I don’t think it’s going anywhere,” the quarterback continued. “Absolutely, there’s going to be volatility, but at the same time, knowing that when there’s a lot of change and there’s disruption in markets, there’s a lot of people that are going to fight those systems.”

Brady’s remarks touch on one of the most valuable aspects of cryptocurrency: its role as a hedge against other markets and currencies such as the US dollar.

In an interview with FEE, economics professor Will Luther explained that bitcoin, unlike the dollar, cannot be corrupted, because the supply of the currency is not centrally controlled or subject to manipulation.

“Bitcoin’s supply is preprogrammed,” Luther said. “There will never be more than 21 million bitcoin in circulation and the supply will follow a predetermined trajectory until it reaches the maximum. The supply of dollars, in contrast, depends on the discretion of the Federal Reserve.”

In this sense, cryptocurrencies like bitcoin are a valuable investment and hedge if one predicts future inflation and degradation of the dollar by the federal government. From the Federal Reserve’s money-printing to the endless trillions being spent by Congress, such suspicions are hardly baseless given recent events.