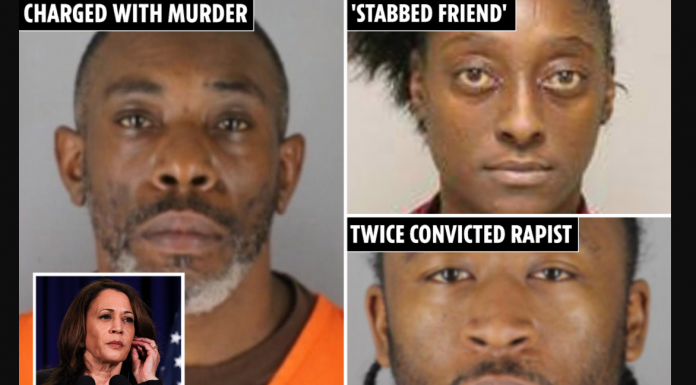 (The Sun) A bail fund backed by Kamala Harris has defended helping to free a man accused of domestic abuse after he was charged with murder for shooting a man in a road rage incident.

George Howard, 48, is among a list of people accused of domestic abuse, rape, and murder freed on bail with the help of the Minnesota Freedom Fund (MFF), which hit the spotlight last year following the death of George Floyd.

Then a vice presidential hopeful, Harris tweeted about the fund just days after Floyd’s death as Black Lives Matter protests erupted across the world.

“If you’re able to, chip in now to the @MNFreedomFund to help post bail for those protesting on the ground in Minnesota,” she tweeted last June.

The MFF received well over $35million after being called out not only by Harris but other celebrities such as Steve Carell, Cynthia Nixon, and Seth Rogen.

According to Fox News, the MFF has admitted it helped to free Howard who was released on an $11,500 bond in connection with a domestic assault case on August 6.

Just over three weeks later on August 29, he was charged with two counts of second-degree murder in connection with an interstate shooting.

Among the others freed by the MFF is a registered sex offender who was accused of raping an eight-year-old girl.