Are You Positioned for the Coming Flight to Quality? 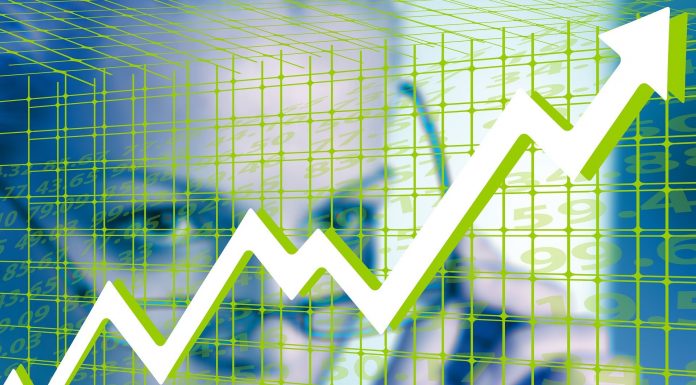 Underneath the surface, however, warning signs are flashing for investors in financial markets.

Over the past several weeks, significant selloffs have occurred in some of the more speculative sectors and asset classes that may serve as leading indicators of trouble ahead.

Nothing is more of a pure speculation than an unbacked cryptocurrency. And since peaking in April, Bitcoin prices have plunged nearly 50%. Dogecoin has shed even more.

Meanwhile, Tesla’s stock price peaked in January, and the broader technology sector has started to underperform.

Equity valuations overall remain historically high by many measures, including the “Buffett indicator” – total stock market capitalization as a percentage of GDP.

With bullish sentiment also at an extreme, any disappointment to investors’ rosy outlook could trigger a wave of selling and a flight to quality.

Among the risks ahead are economic growth downgrades, jobs numbers misses, rising inflation, and the potential for the Federal Reserve to start “thinking about thinking about” tapering its massive asset purchase programs.

The Fed along with most mainstream economists assure us high inflation is just a temporary anomaly caused by base effects from last year’s economic crisis.

“Inflation leaves global economies sitting on a time bomb,” they said. “The effects could be devastating, particularly for the most vulnerable in society.”

According to Deutsche’s analysis, the Fed must act sooner rather than later to rein in excess liquidity: “The consequence of delay will be greater disruption of economic and financial activity than would be otherwise be the case when the Fed does finally act… In turn, this could create a significant recession and set off a chain of financial distress around the world.”

Traditionally, economic distress triggers a flight to high-quality bonds and cash. But bonds and cash provide no safe haven from inflation.

In an inflationary environment, quality assets are those that can retain or gain value in real terms.

Some stock market sectors may fare relatively well. The natural resource sector in particular has the potential to generate gains amid rising inflation.

In general, companies that have pricing power and the ability to raise their dividends would be considered high quality.

At the end of the day, though, stocks are financial assets and are vulnerable to selling off in the event of broader market instability.

Although no asset is impervious to losing value over any given day, week, or month, real money itself has an unparalleled track record for retaining value over time.

Unlike financial assets, physical precious metals carry no counterparty risk and are not dependent on third-party promises to pay. The value of gold and silver is the metal itself.

An argument can be made that precious metals are the highest quality assets an investor can own. Gold, in fact, is considered by the Bank for International Settlements to be a “Tier 1” asset within the banking system.

Even central banks around the world, despite refusing to redeem their fiat currencies in gold, continue to hold and accumulate gold in their own reserves. They evidently don’t consider a portfolio consisting entirely of paper promises to be prudent!

Yet many financial advisors – typically the ones who get paid by selling Wall Street products – trivialize or outright dismiss precious metals when it comes to making portfolio recommendations to the general public.

That is a form of malpractice.

It’s not that holding conventional stocks and bonds is necessarily a bad idea. Often, they will perform in line with expectations and deliver decent returns.

The problem is that there are certain times during the economic cycle when financial assets will perform poorly – and precious metals will shine.

An investment portfolio bereft of a healthy hard money allocation is deficient. It will be to investors’ advantage to remedy any such deficiency in their portfolios before the next major flight to quality commences.

Click Here To Comment
Email
Print
Previous articleAmazon May Be Helping Itself to Your Bandwidth
Next articleAmerican Airlines CEO Admits Virtue-Signaling on Voting Laws to Appease NAACP, Black Execs