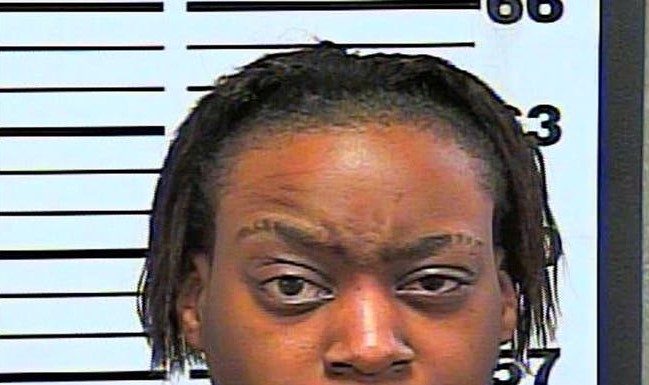 (Associated Press) Three McDonald’s employees in Oklahoma City suffered gunshot wounds when a customer opened fire because she was angry that the restaurant’s dining area was closed because of the coronavirus pandemic, police said Thursday.

Gloricia Woody, 32, was in custody after the Wednesday night shooting on four counts of assault and battery with a deadly weapon, said police Capt. Larry Withrow.

It was not known if Woody has an attorney, Withrow said.

Woody entered the restaurant’s lobby and was told the dining room was closed for safety reasons, Withrow said.

“(Woody) was asked to leave but refused,” leading to a physical altercation between Woody and one employee,” according to Withrow.

One employee was shot in the arm, one suffered a shrapnel wound in the shoulder area and another employee was struck in the side by shrapnel. The employee who fought with Woody suffered a head injury during the altercation, police said.

Two of the employees are 16 years old and the others are 18, Withrow said. He did not know which employees were wounded by the gunfire.

The shooting comes amid tensions over restrictions because of efforts to curb the coronavirus pandemic, as well as how people are responding to ongoing efforts to reopen portions of the United States shut down by the virus.

“What you’re seeing in this situation is really what you’re seeing in a variety of situations across the country, which is this tension about opening and people’s concern about it,” he said. “But there’s absolutely no excuse for violence, particularly gun violence, so I’m just happy that our people are going to be OK.”

Tensions have escalated into violence elsewhere in the country.

This week, a woman, her adult son and husband were charged in last week’s fatal shooting of a security guard who refused to let her daughter enter a Family Dollar in Flint, Michigan, because she wasn’t wearing a face mask to protect against transmission of the coronavirus.