72% of Small Businesses Plan to Increase Prices Due to Inflation 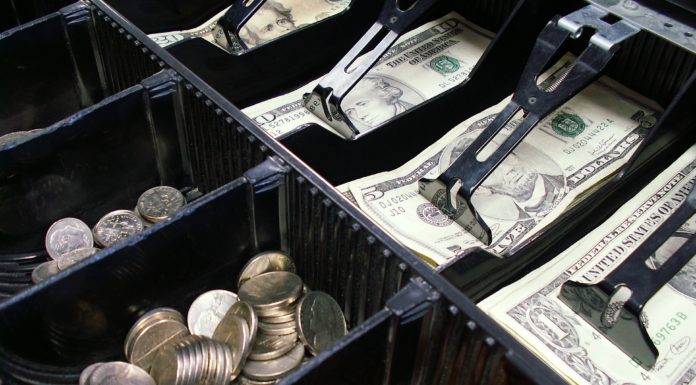 (The Center Square) As inflation surpasses 40-year highs, 72% of small businesses surveyed are increasing prices to keep their doors open, according to the latest Small Business Optimism Index.

It’s the greatest percentage ever recorded in the survey’s history, which the National Federation of Independent Business’s (NFIB) has conducted every year since 1973.

“Thirty-one percent of owners reported that inflation was the single most important problem in their business, up five points from February and the highest reading since the first quarter of 1981,” the report states. “Inflation has now replaced ‘labor quality’ as the number one problem.”

According to the survey, less than half of small business owners surveyed, 49%, said they expect better business conditions over the next six months, the lowest level recorded in the survey’s history.

In February 2021, the Bureau of Labor Statistics reported that over the previous 12 months, non-seasonally adjusted inflation was 1.4%. By March 2022, inflation reached a 40-year high of 8.5%, the largest 12-month increase since the period ending December 1981, BLS reported.

In his message to Congress in his 2023 proposed budget, President Joe Biden takes credit for creating 6.5 million new jobs by the end of 2021, “the most our nation has ever recorded in a single year.”

He argues, “Our economy grew at a rate of 5.7%, the strongest growth in nearly 40 years.” By February 2022, the unemployment rate had fallen from 6.4% when he took office to 3.8%, “the fastest decline in recorded history,” he said.

“We are bringing everyone along, and leaving no one behind; child poverty is projected to reach the lowest level ever recorded, while long-term unemployment, youth unemployment, and Black and Hispanic unemployment have all dropped at record rates,” he said. “Though family budgets are still tight, millions more Americans are earning paychecks today – and families have more money in their pockets than they did a year ago. This progress was no accident. It was a direct result of the new economic vision for America I ran on – to build our economy from the bottom up and the middle out.”

NFIB concludes that the Federal Reserve “will combat inflation by raising interest rates, probably sharply but they are a bit late in getting started. This will slow spending in the economy (historically a ‘recession’) to reduce the pressure on prices.”

It projects that unemployment will increase, stating this is “uncomfortable for politicians and also the Federal Reserve, which has ‘full employment’ as one of its two policy goals.”

It concludes, “Small business owners see all this coming. Their expectations for sales growth and business conditions later this year are in the tank. In the meantime, there are still opportunities to make a buck, if supply problems can be overcome.”